One of my favorite plushie designers, TeacupLion, is conducting a contest called TeacupLion’s Plush Fanart sewing contest. For this contest, you can use any of her plush patterns to make a plush(s) that resembled any animal, human, or object that is identifiable as fanart from a game, movie, show or anything along those lines. I love contests, especially sewing contests! Only problem I had was, which character(s) fanart am I going to make for this contest? I haven’t created anything that was fanart yet. Well, I guess the Husky/Wolf plushies I’ve been sewing lately could be considered fanart since one of my customers asked for a custom wolf that was all white with yellow eyes, to resemble a character in Wolf’s Rain TV series. Unfortunately, the wolf pattern was made by another plush designer that I like, so this can’t be used for this contest.

What should I sew for this contest? I came up with a few ideas but I wasn’t sure if I wanted to do them or not. Some of my inspiration came from what I’ve been noticing around me lately. The Pokemon Go game that you can play on your phone has become very popular so that meant there were Pokemon items popping up everywhere. I use to love Pokemon when I was younger. My brother, sister and I had the original 151 Pokemon cards that we kept in a binder. We watched the shows all the time. As I got older, I strayed away from collecting Pokemon stuff and didn’t really pay too much attention to the additional new Pokemon they added over the years. Pokemon is definitely a very popular fanart and this contest was a great excuse to embrace my inner child hidden deep inside me.

Now that I have chosen the theme, it was time to determine which character or characters I wanted to make. Did you know that there are now 802 Pokemon? I just found this out when I looked it up on the internet. Wow. I was expecting around 400 Pokemon not 802. I decided to narrow it down to the original 151 Pokemon. I’m more familiar with the original ones. I spent hours looking at different Pokemon pictures and then it hit me. I should make Eevee and all of its evolutions for this contest. I am allowed to submit multiple entries so I thought this would be a great idea for this fanart contest.

I selected the perfect characters so next was to determine which TeacupLion pattern I was going to use to accomplish this task. There were a couple of patterns I had that would be cute to use to make Eevee and its evolutions but I thought other contestants might use those same patterns to make them too. I wanted to be different from everyone else. Then I realized that I just recently bought TeacupLion’s new Puppy Dog Stuffed Animal Plush. This was exactly what I needed.

This pattern was an adorable size and since it was new there was a chance that someone else might not use it to make a Pokemon out of it. This might give me a winning chance for this contest. Even if I don’t win, at least I came up with cute mini versions of Eevee and its eight evolutions. Before I started sketching and cutting up my own accent pattern pieces to sew onto the base pattern pieces, I decided to snap a picture of one of the dog’s of the pattern and use my Samsung Note 4 to draw each character on top of this photo. This would help me visualize each of them easier and assist me when I start sewing the pieces together.

I almost forgot to mention, I discovered as I was sketching each of Eevee’s evolutions that there were three new Eevee evolutions I did not know existed: Leafeon, Glaceon & Sylveon. I know earlier I spoke about only making characters in the original 151 Pokemon but I liked my theme and it wouldn’t be complete if I don’t include all of the evolutions. This also meant more work for me to complete but I was up for this challenge. Anyways, the new ones were really cute so it will be worth the extra effort.

I spent a lot of time drafting pattern pieces to make the plushies look like each of the characters. It was a daunting task to achieve, but after countless hours of drafting and cutting fabric I finally had to chance to sew everything together. To my surprise, they all turned out better then I thought! All the hours I spent on them, I am excited they turned out so cute.

Aren’t they spectacular? I think so. 🙂 No matter what the outcome of the TeacupLion’s Fanart Sewing Contest, I created these amazing cute plushies.

Want one of these plushies, they are now available on my Etsy shop here: 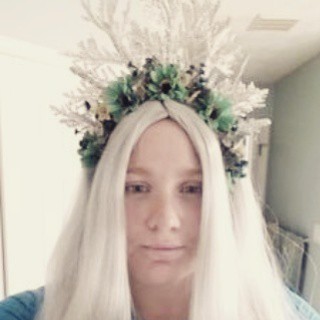